× Yes! We are OPEN and SHIPPING! Click for info about possible shipping delays: Learn More

Superchips of Sanford, Florida is the industry leader in hand held programmers for late model cars and trucks. Founded in England in 1983, Superchips was one of the first companies to specialize in tuning vehicles with computer controlled fuel-injection systems. While Superchips originally focused on serving the British racing community with high-end solutions, the Company eventually began to provide power to enthusiasts throughout the world. Now, Superchips sells tens of thousands of hand-held programmers per year from its headquarters and proudly manufactures every single product in the U.S.A.

In 2005, Superchips was acquired by MSD Performance. MSD Performance is comprised of MSD Ignition, Superchips, Edge Products and Racepak. MSD Performance companies are among the most recognized names in automotive performance. Their products are used in everything from NASCAR, NHRA and IHRA drag racing, SCORE off-road racing, World of Outlaw sprint cars, and a host of other motorsports. The combination of talented personnel at Superchips and the resources of MSD Performance ensure that exciting aftermarket products will launch from Superchips for many years to come. 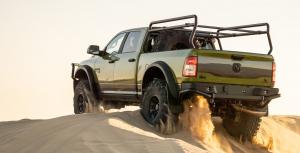